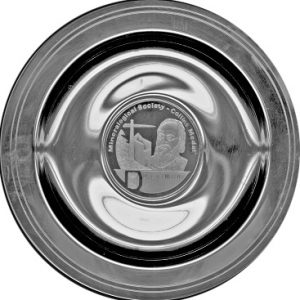 At its meeting in March 2008, the Society’s Council finalised an agreement, initiated in 2007, to establish a new medal, named after Joseph Henry Collins (1841–1916), mining engineer, mineralogist and geologist, and one of the founding members of the Society. The first award was made by the Society in 2010.

‘The Collins Medal will be awarded annually to a scientist who, during a long and active career, has made an outstanding contribution to pure or applied aspects of Mineral Sciences and associated studies. Publications, teaching, outreach and other activities leading to the promotion of mineral sciences, in the broadest sense, will be taken into account in making the award. Nominees do not have to be Members of the Mineralogical Society or nationals of Great Britain and Ireland.’

Nominations sought for the Collins medal

Nominations should include a statement on the merits of the candidate, a summary curriculum vitae and a list of the nominee’s more important contributions.

There are two ways in which to submit nominations:

(b) By completing the standard form to which nominators, seconders and others may contribute. The aim is to reduce the amount of work required to make a nomination.

Nominations will remain on the table for three years. Previous recipients of the award, Society Officers, members of Council and members of the Committee (at the time of nomination and adjudication) will not be eligible for the award.

Nominations for the 2021 medal should be sent to the Chair of the Awards Committee, at the Society’s office, to arrive not later than 17th April 2020. If not using the form mentioned above, submissions should be in the form of a single package in pdf format, to include the nomination letters, 2–3 page CV of the candidate and the additional letters of support. The nomination package should be attached to an e-mail with a title which identifies the name of the award and the name of the nominee. The e-mail address to use is info@minersoc.org

The nominations will be considered and recommendations for the award made by the Society’s Awards Committee.